Manly Surf School runs classes every day. Our surf lessons cater to all levels of ability, fitness and age

Who is this lesson for?

The High Performance Surf Centre is a Training facility for surfers of all levels who want to improve their surfing, health and fitness. Our team of experienced personal trainers and surf coaches offer surf specific; one on one sessions, group classes and customised programmes to help transform the way you move - and therefor improve you surfing.

When you combine professional surf coaching with surf specific dry land training your surfing progression will skyrocket!
We train all ages and all levels of surfers, from WCT hopefuls to 'weekend warriors' recovering from knee injuries. So if you are serious about making the most out of your time in the water then pick up the phone today.

Don’t let Cooper’s aerial repertoire fool you – he isn’t afraid to lay it on rail. Cooper was rated the number one Aussie world junior going into the ASP World Juniors in 2012. Matt is also currently coaching Austrailan U18 champion Fraser Dovell and Australian U16 runnerup Harley Ross Webster

Matt coached Nathan Hedge as a 11 year old kid. Nathan went on to qualify on the World Tour in 2001. His world tour rankings in 7th (2004), 8th in 2005. Nathan went to win an event in Scotland and was runner up in Tahiti twice and J-Bay once. 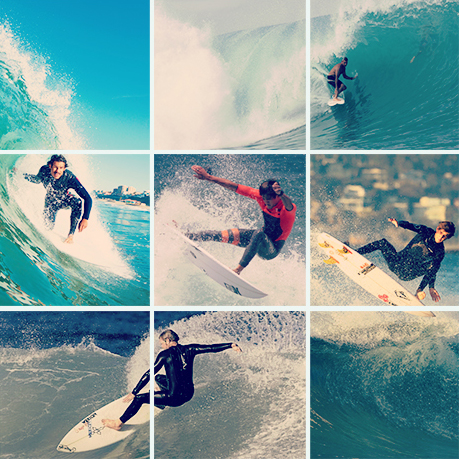 Elite Afterschool Surfing (17 years and under)


For more information on any of the above programs, or to book, please email surfersgym@manlysurfschool.com or call the Surfers Gym on (02) 9982 3004.